What to Know Before You Go: La Jolla Coves

Oh, La Jolla, you’re such a treat. Even in the middle of winter, you’re not too cold and not too hot, with a gentle ocean breeze made for leisurely walks along the coves. It’s no wonder La Jolla is such a popular tourist destination.

Here’s what you need to go before you go: The La Jolla Edition. 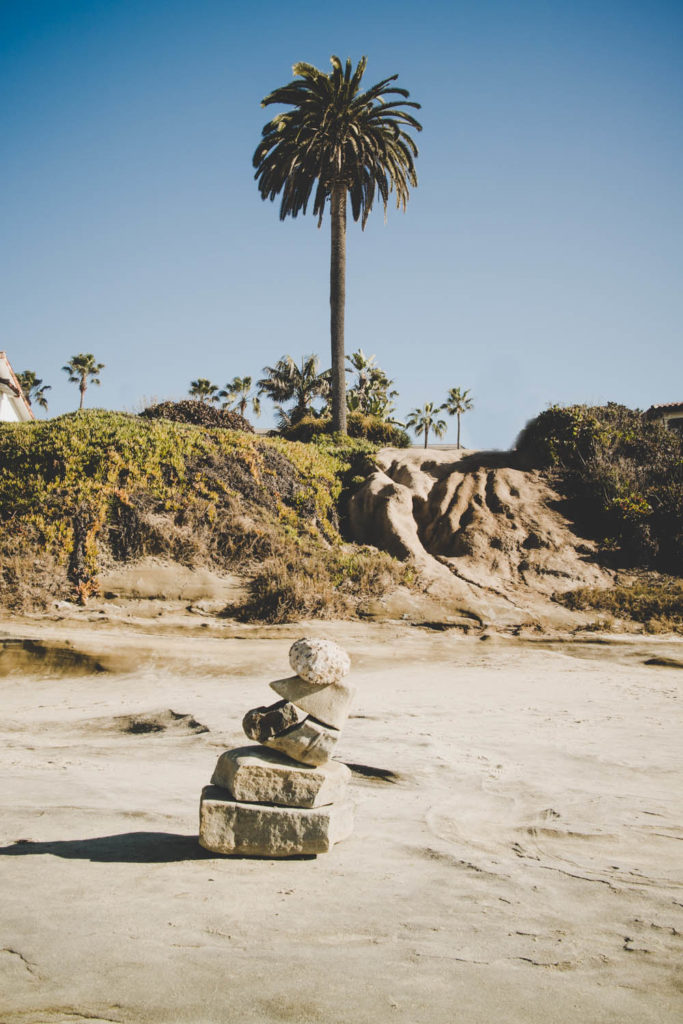 Finding a parking spot in La Jolla is not a breeze.

Prior to our visit, my boyfriend (Matt) and I got settled into our seats for the drive to La Jolla from downtown San Diego. We typed “La Jolla Coves” into our GPS and queued up the directions. No brainer, right? Easy!

Cut to later, when we’re sitting in a seemingly never-ending line of cars. On a Saturday, the traffic leading to the coves is so dense it made me think, “Los Angeles traffic ain’t so bad.” We were trapped for hours, as cars slowly slugged along, hoping to nab a free parking spot right in front of the coves. Stuck for so long without food or means of escape, I considered eating Matt’s car cushions for sustenance.

FINE, this is a little bit of an exaggeration. Still, I don’t recommend doing what we did. Learn from our mistakes and do this instead…

Route your GPS to a local restaurant or store within a mile’s walking distance of the La Jolla Coves. From there, you can find a lot or circle around the neighborhood for free parking. After our trials and tribulations, we ended up snagging a free parking spot just a few blocks away.

Where was it, you might ask? To which I say, “I can’t give that info away for free! Send me some raspberry filled donuts in the mail, then we’ll talk…” 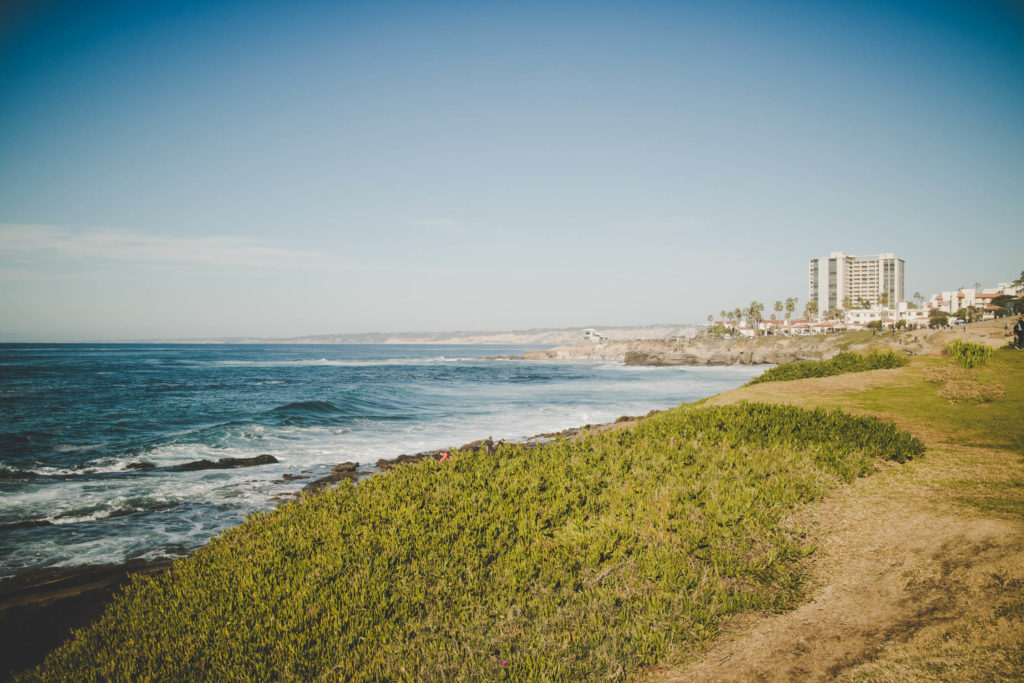 Take a walk & soak in the La Jolla Views

‘With our parking fiasco behind us, we began our exploration of the La Jolla beaches with a walk along the cliffside.

Follow the sidewalk pathway that follows the expanse of the beach. This is the sidewalk that will eventually lead to La Jolla’s infamous Children’s Pool Beach, where the seals of San Diego gather to sunbathe and sleep.

Or if you’re feeling more adventurous, find one of the many short trails or staircases that lead down to the beach. Each area of the La Jolla Coves is filled with its own unique character. You can easily spend a couple hours just walking around and soaking up the beauty. 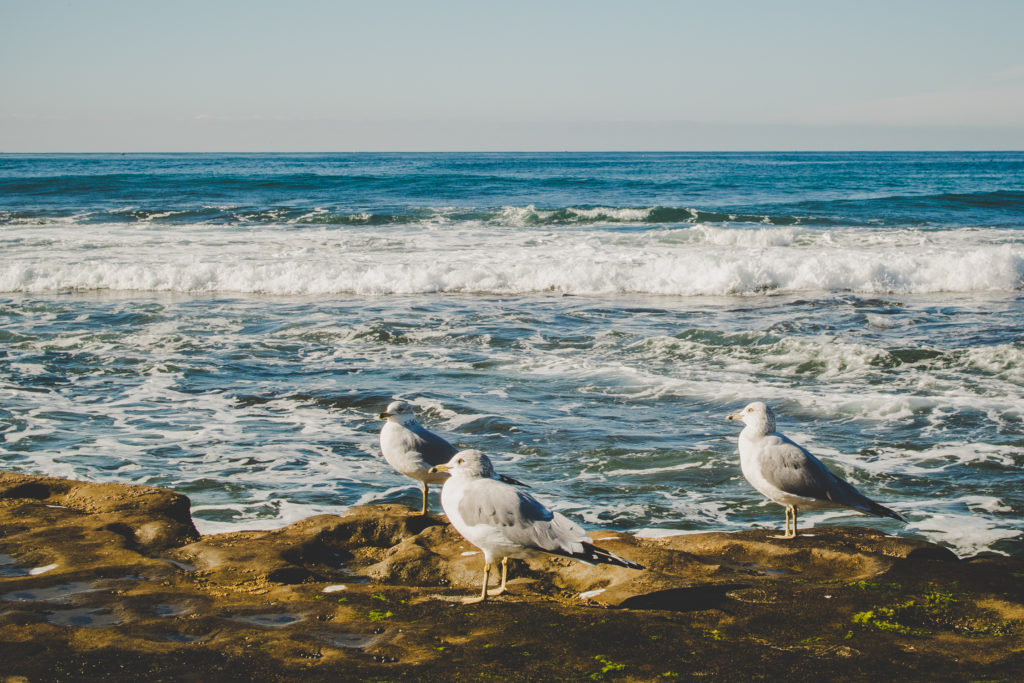 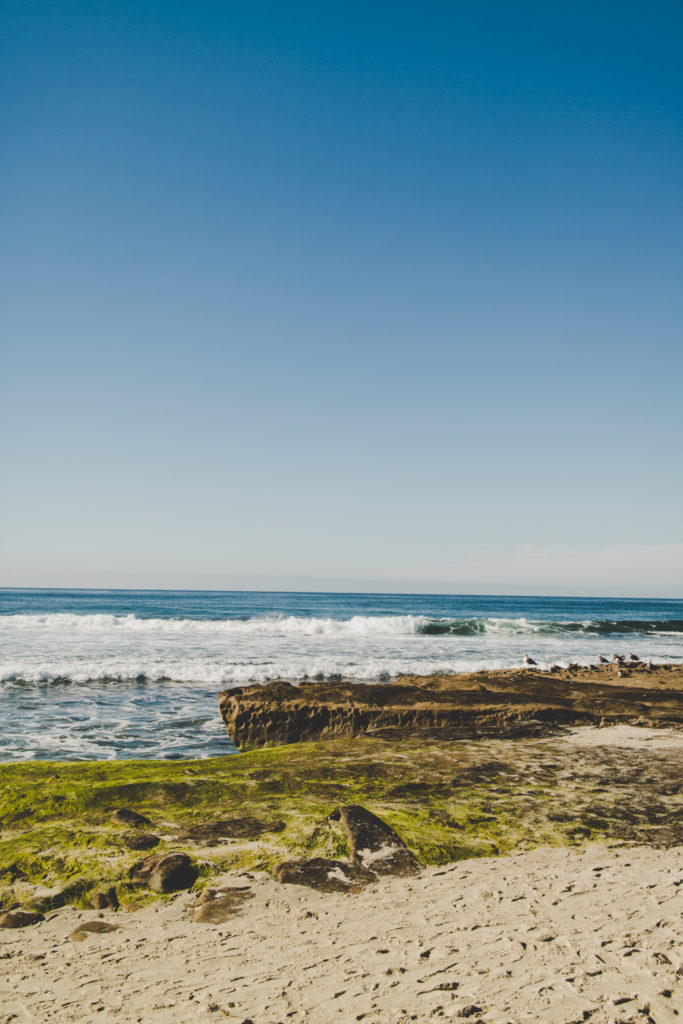 Do you know how sometimes the sky is too blue? This was one of those days. With the sun radiating against our backs and seagulls flying overhead, our walk was off to a relaxing start.

We continued along the shore for a while, until I experienced a few near-death experiences. OK, I guess I should explain…

This is another one of those “learn from my mistakes” moments… wear shoes with grips on the soles!

Despite frequently catching myself from slipping & breaking my hip – like the 27-year-old grandma I am – it was a nice detour. 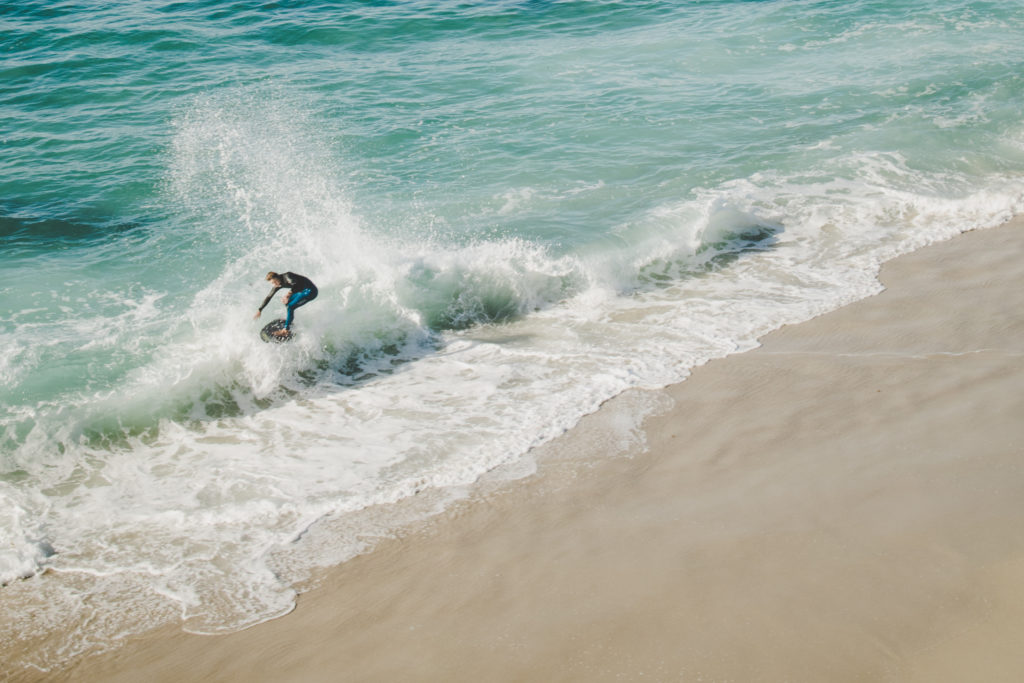 If you’re looking for good entertainment while exploring La Jolla’s beaches, look no further. Close-by to the Children’s Pool Beach is a cove where all of the surfers gather.

We descended down a pathway until we had a private vantage point. I recommend watching them above and from a distance as we did. This way, you’re able to take in the cliffside views and surfing action all at the same time.

Another bonus is that the surfers won’t hear your insensitive laughter every time they wipe out. 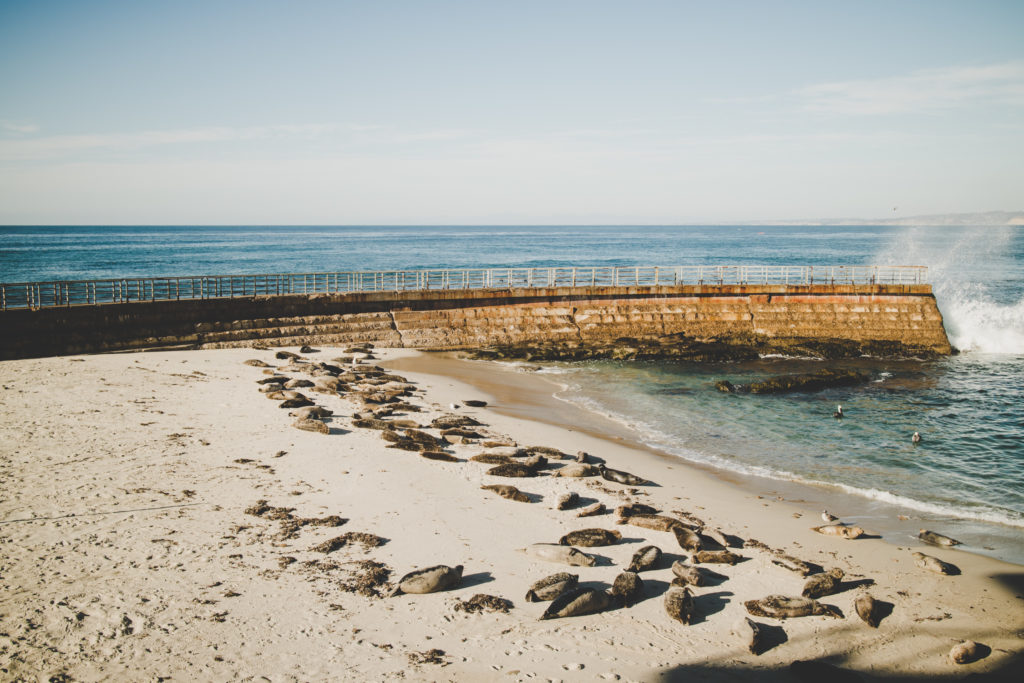 And (Of Course) Don’t Forget to See the Seals

Did you even go to La Jolla if you didn’t see a seal?

Did you really visit if you didn’t capture an adorable photo of their chubby bellies as they lay in the sun?

An important thing to note about the Children’s Pool is that it’s closed off from mid-December to mid-May, to accommodate the seals during their pupping season. Apparently, the city of San Diego has been tied up in litigation and controversy regarding this decision since the first seasonal closure was implemented in 2014.

This is just fine by me, though. I’m content to let the seals and their pups do their own thing as I admire their cuteness from afar.

That’s what to know before you go…

Have you visited the city of La Jolla or the La Jolla Coves? Or maybe you have a question about an upcoming trip? Or perhaps you just wanna tell me how freaking adorable you think seals are?

Pin it for later! 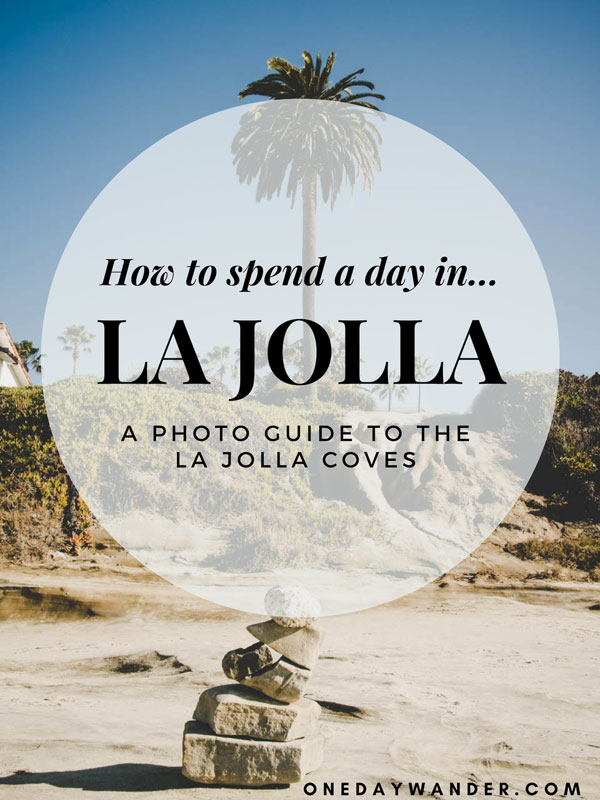 What to Eat in New Orleans: The 5 Must-Have Dishes

How to Spend a Day on Oahu’s North...

An Easy Hike in LA (With the Biggest...

Hey There, Seaport Village… A Photo Diary from...

I live in southern CA but have never visited the La Jolla Coves! Looks like a have a great resource for when I decide to make the trip 🙂

Hey there, fellow southern Californian! I’d definitely recommend it. It’s a great weekend trip for anyone in SoCal. And if you haven’t already been, downtown San Diego is nearby so you could also check out the Gaslamp Quarter (lots of good restaurants & bars) & the insanely gorgeous Balboa Park. I plan on writing at least a few more posts about the area since (can you tell?) I love San Diego oh-so-much!

Let me know if you decide to go, and drop me a line if you have any questions before visiting 🙂