Hey There, Seaport Village… A Photo Diary from San Diego

The best kinds of trips are spontaneous ones. The kind where you pack your bags and head out on a whim, without any expectation of what to do when you arrive.

On a Thursday night in November, that’s exactly what Matt and I decided to do.

Relaxing on the couch with Matt by my side, I felt the blues kick in. You see, whenever routine settles in, I tend to feel a little out of it. There could be nothing “wrong” in the moment, but I’ll feel a little sad anyway just because there hasn’t been enough novelty or excitement in the day-to-day lately. He knows me well, so all it took was him saying, “I think we should take a weekend trip” for me to perk up.

Within minutes, we were booking a one-night stay at a hotel in downtown San Diego. By Saturday morning, we were packing a small bag into the car, ready to make the drive from Los Angeles. When we arrived, we had no idea what to do! (I guess this is the one downside of spontaneous trips.)

Luckily, the hotel employee who checked us in had a recommendation ready: Seaport Village. Within short walking distance of our hotel in San Diego, it’s a perfect stop for a long afternoon walk. Continuing the spirit of spontaneity, we immediately took the recommendation. Here are my favorite photos from our walking tour of Seaport Village… 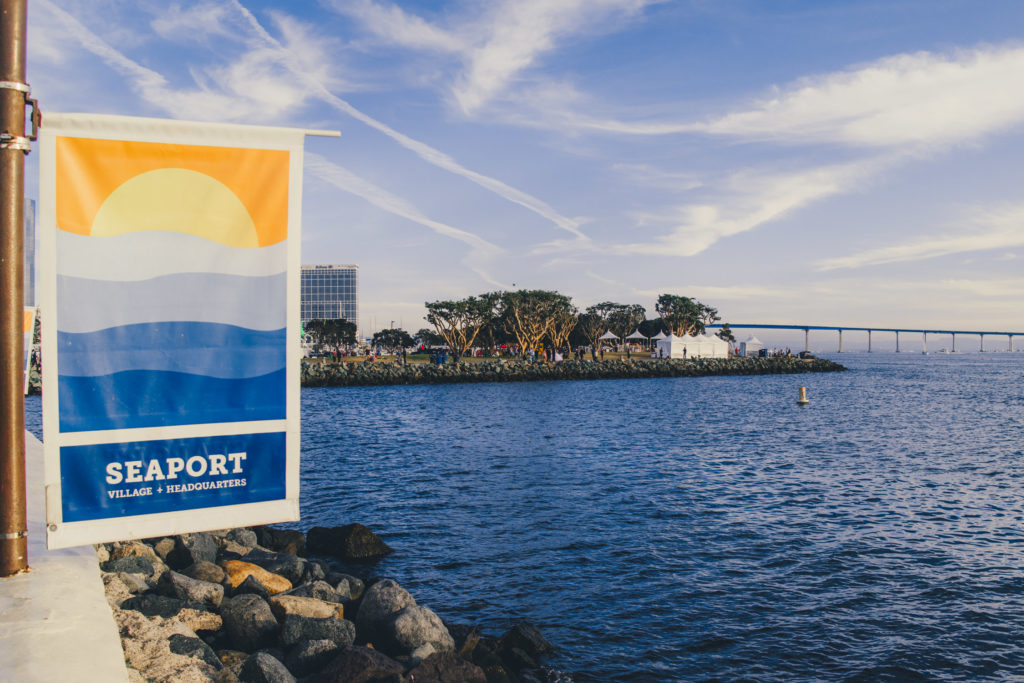 A long, wide and curvy pathway is there to walk along. We started from one end, and walked all the way down to the other side – where the WWII Statue can be seen – and back.

This was our beautiful starting point. It turns out that there was a big wine & food festival happening that day. It also turns out that the tickets were like $100 (haha), so despite the tempting call of food and wine, we only watched from afar.

As you walk along Seaport Village, you’ll see a variety of boats – either docked along the harbor, or out cruising. If you’re lucky, maybe one of them will swing by and pick you up.

Sadly, this didn’t happen to us.

If you’re feeling peckish, you can check out this restaurant on the harbor. It’s appropriately named the Harbor House… for obvious reasons!

We were saving ourselves for another restaurant, so we didn’t stop by. For this reason, I can’t speak about the food quality or experience, but it seems to have fairly good reviews on Yelp. If you’ve been to the Harbor House, let me know how it is. 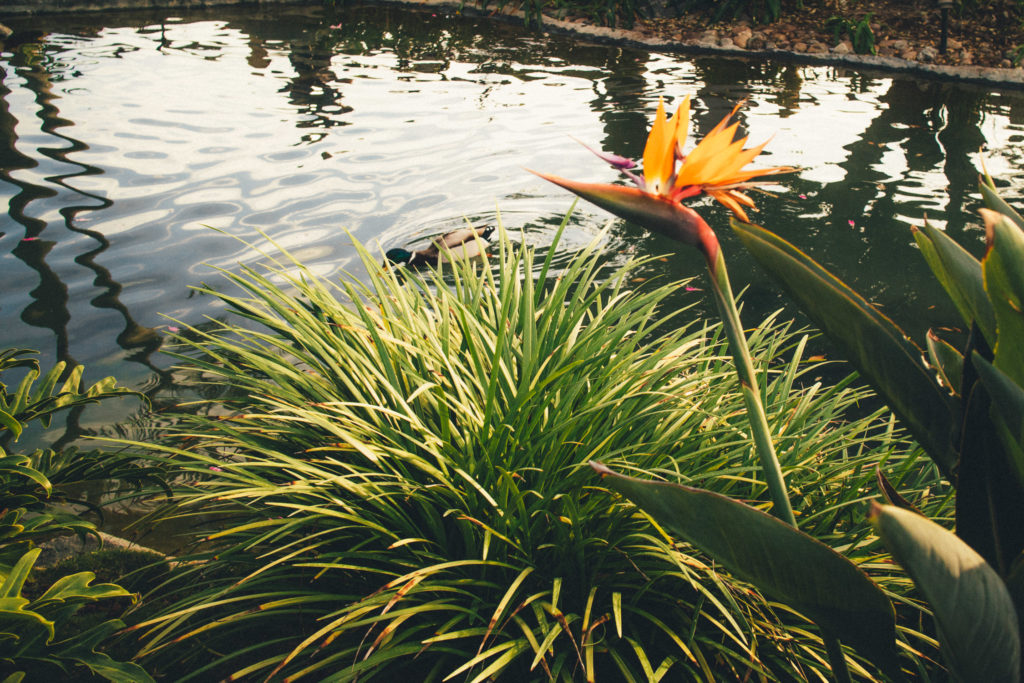 In Seaport Village, there are many small souvenir shops, eateries, and other attractions tucked away from the main sidewalk. Towards the beginning of our walk, we stumbled upon a koi pond. It seems like a very popular spot to take school dance photos, so if you’re visiting around that time, be sure to photo-bomb as many pictures as possible. Ahh, precious memories! 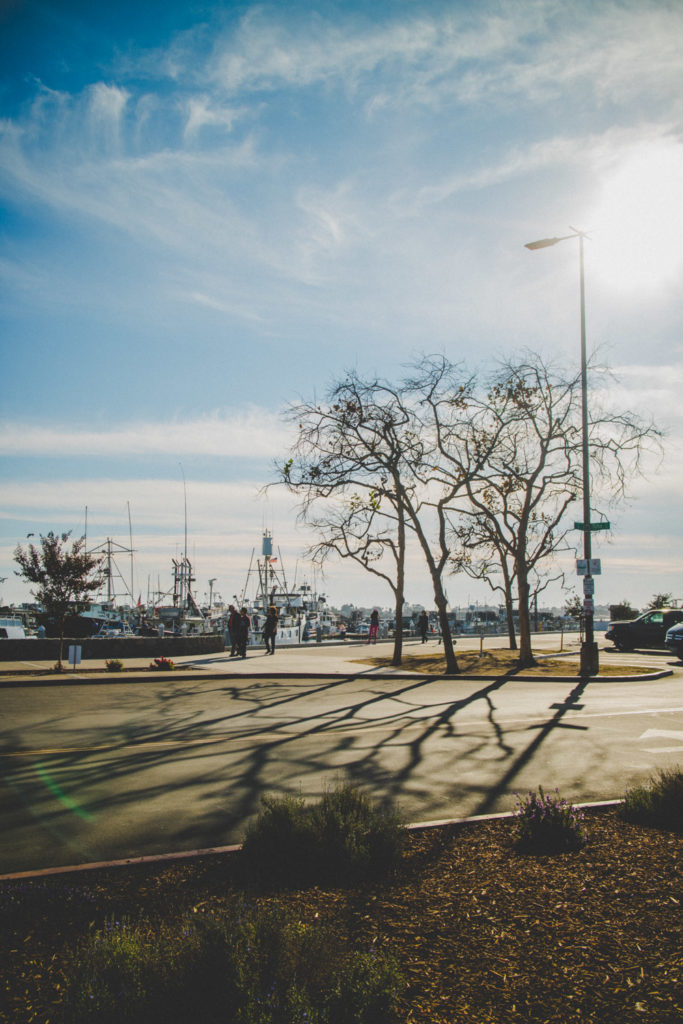 Getting closer to the statue…

Walk far enough, and you’ll see the sidewalk branches off into a park where the WWII Statue is displayed. We’re almost there… 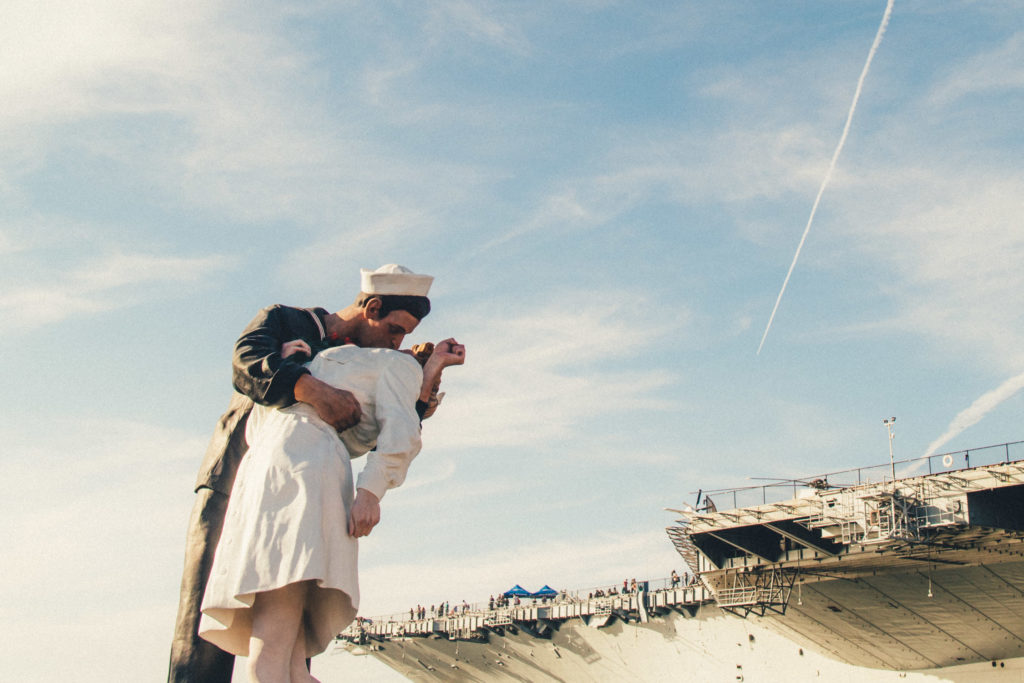 In all its infamy. It turns out, there was a lot of debate about making this statue a permanent fixture along the embarcadero. Local artists argued that the statue wasn’t particularly aesthetically pleasing, while the opposing side argued to make restorations to the statue and give it a permanent home.

This was years before the most recent controversy, when “#MeToo” was spray-painted on the women’s leg.

If you’re unfamiliar with the back-story, the couple pictured in this iconic photo are actually not a couple. Turns out, they were complete strangers. The sailor pictured in the infamous photo (George Mendosa) grabbed the nurse, Greta Friedman, and kissed her in an act of jubilation. Friedman, recalling the moment years later, has expressed that she was taken aback by the sudden kiss.

Despite the controversy surrounding the photo (and the statue) it’s certainly an iconic moment in American (and photographic art) history. For this reason, I recommend stopping by, particularly if you also plan to visit the USS Midway Museum. 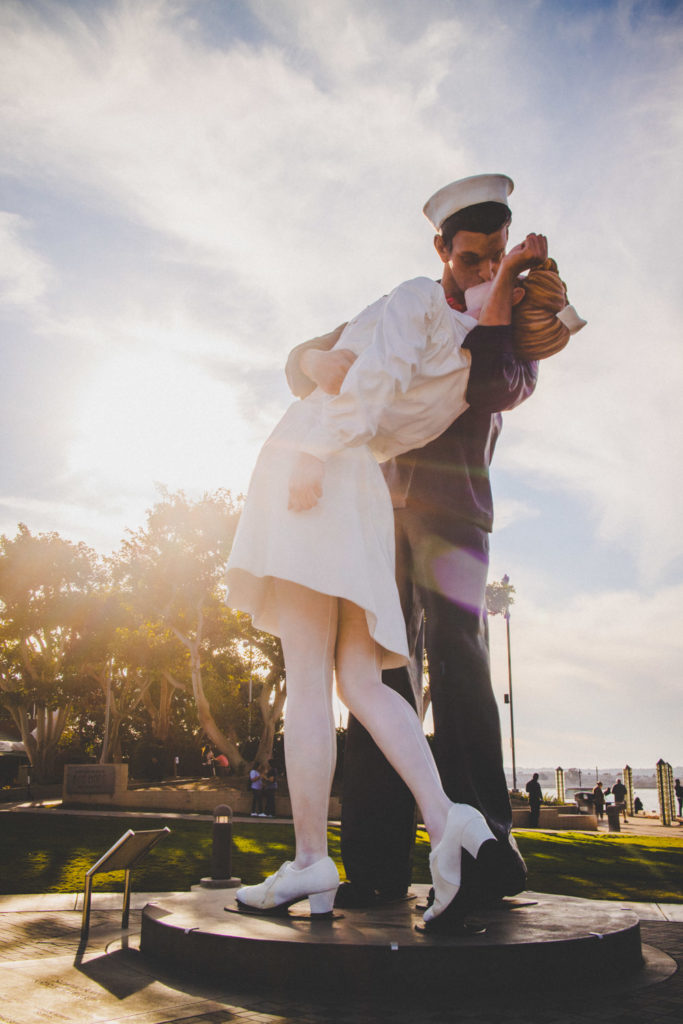 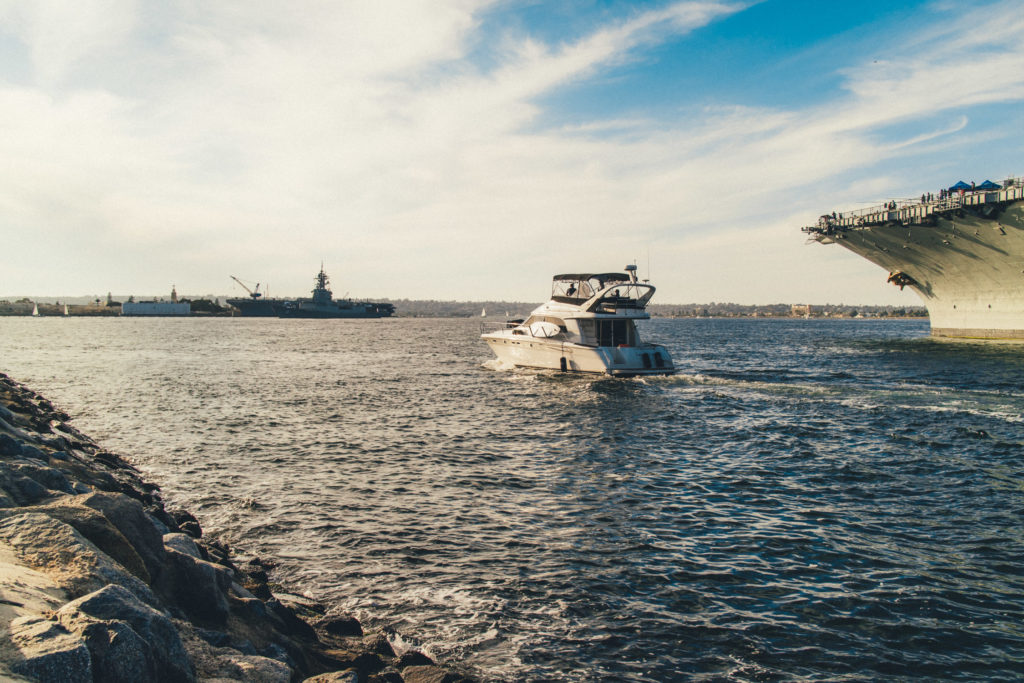 Did I mention… more boats?

After viewing the statue, we camped out for a few moments to watch as the boats roll in. We didn’t stop by the USS Midway Museum since it was getting too close to closing time.

Say it with me: Lime. Scooters. Everywhere.

And the other competing scooter companies, of course. These were scattered practically everywhere in San Diego. You can’t turn a street corner without seeing at least three scooters lined up and ready to be claimed.

Here’s how it works: you download the app to your phone, and then scan the QR code on the top of the Lime scooter. Then, input your payment details and you’re off! It costs $1 to unlock a scooter, and then an extra 5 cents per minute. Needless to say, if you’re headed to San Diego, you will see a LOT of these devices. If you decide to hop on, be sure to follow Lime’s safety tips.

Looking for something else to do in San Diego?

I’ve got you covered. Be sure to check out my guide to La Jolla, a beautiful beach you can spend hours walking around. You’ll need a car to get there from downtown San Diego, but trust me – it’s worth the drive.

Do you have any trips coming up?

Let me know in the comments below. Or if you don’t, why not hop in the car for a spontaneous weekend trip? I just might have to do this again very soon!

9 Tips for Cutting Back on Impulse Purchases

Why Do You Travel?

Don’t Leave Oahu Before You Eat These 9...

How to Spend a Day on Oahu’s North...

What to Know Before You Go: La Jolla...

What If We Lived This Way Every Day?

Lost the Excitement for Your Travel Goal? 5...