If you think that Los Angeles is the city of cars then… well, you are correct. Thankfully, it’s not the only method of getting around. If you like walking really long distances, you can strap on your sneakers and pound the pavement.

Want to annoy everyone around you? Hop on a scooter, and ride it on the sidewalk! Or if you want to feel the pumping adrenaline rush of almost getting run over by inconsiderate drivers, bicycling might be for you.

For everyone else? The LA Metro is there for you.

After having spent large amounts of time on the LA Metro, I’ve concluded that you run into the same kind of characters over & over again. Daily commuters will recognize these 10 People You’ll See on the LA Metro… 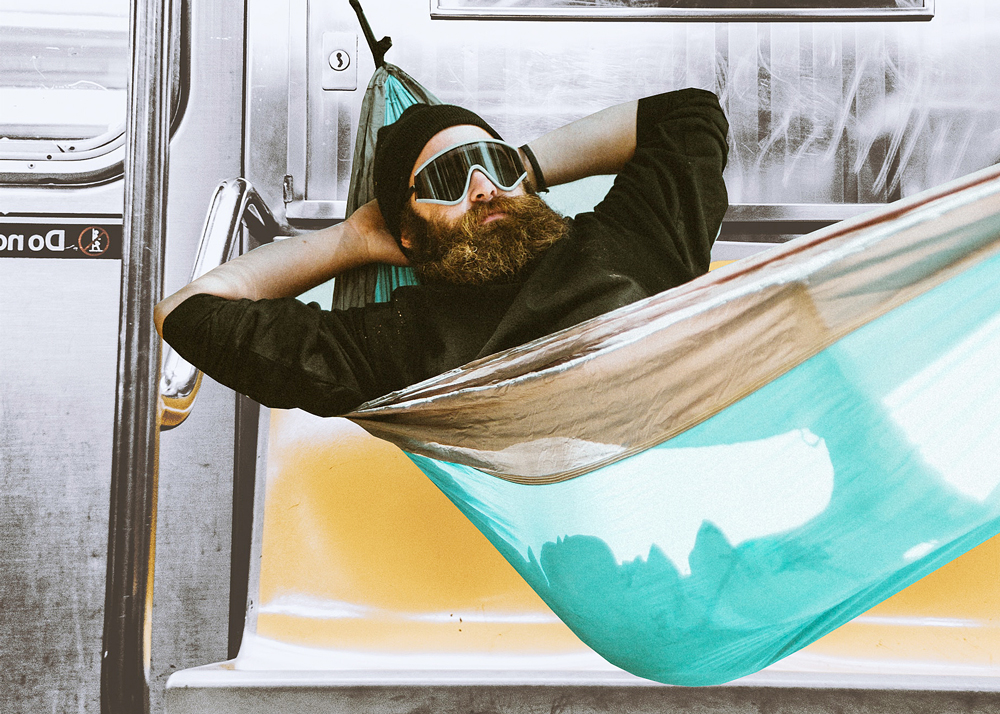 1. The “Sure, Make Yourself at Home” Guy

I’m looking at you, guy from last Tuesday’s ride.

Go. Right. Ahead. Take those shoes off. Pull your sweaty, smelly feet out of your boots, and kick up your feet across the entire row of seats. Unbuckle your pants ju-ust to make sure you’re nice and comfortable. Then fall asleep.

Please hurry, because I’m dying to smell your toe jam. I’ve been waiting all day. 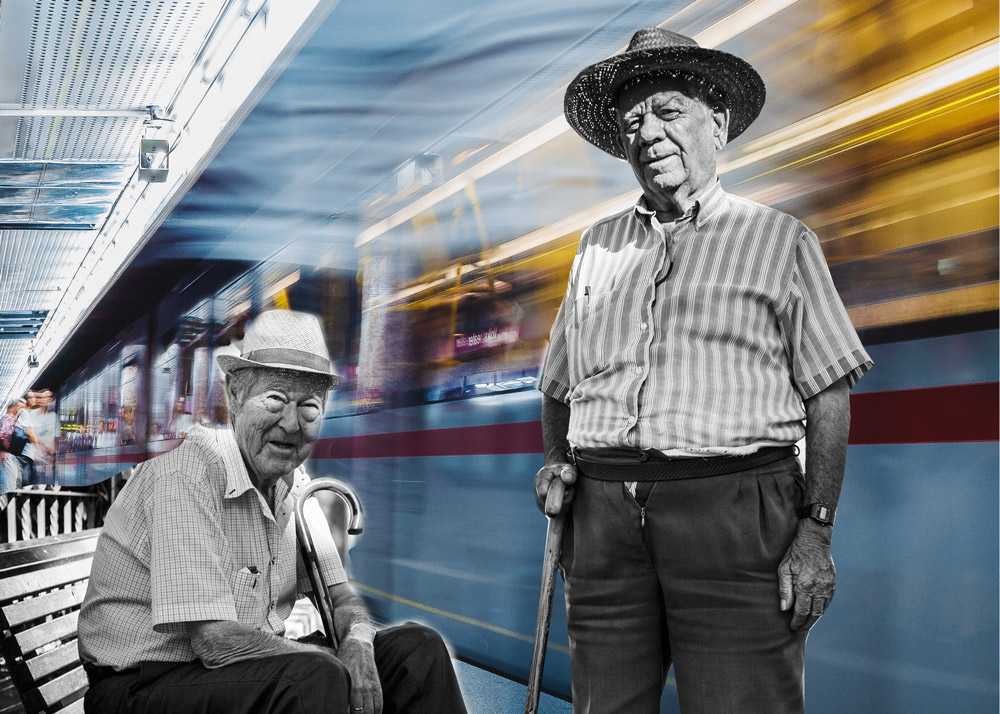 They’ve been riding this metro line for the past ten years. They still vividly remember the days before Downtown LA was safe. Jovial and energetic, these tightly knit groups of older men sit together and converse about the day ahead.

Always walking in tandem with their insulated lunch packs, this is their comfortable routine.

And I have to admit – I’m pretty jealous. Where can I get a tightly knit commuter friend group? 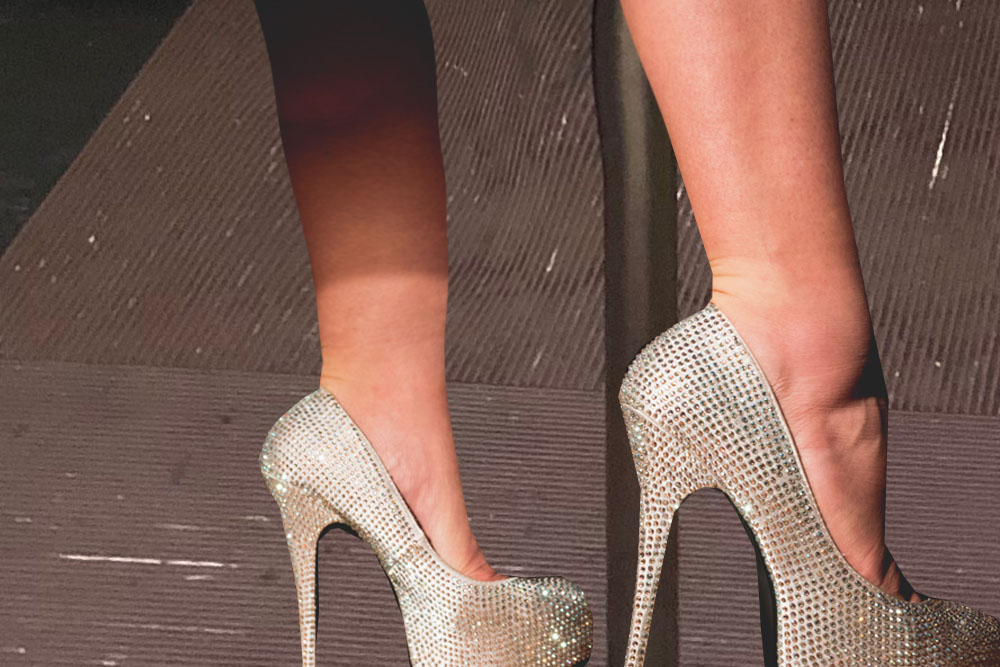 3. The Wanna Be Stripper

Just as you do every day, you step into the metro and settle into your seat. A few stops go by as you listen to your music. Suddenly, a man boards, and it seems he has music pumping through his veins. Earbuds firmly planted in his ears, he begins to practice his routine…

He was born to become an exotic dancer, and he wants the whole LA Metro to be aware.

Using the pole to perfect his routine, he’ll spin around it in a haphazard manner that makes him look as drunk as he is. Occasionally, he might run at the pole full speed before performing a failed trick.

If you have your earbuds with you, make sure you switch over your music to something that goes perfectly with his performance. 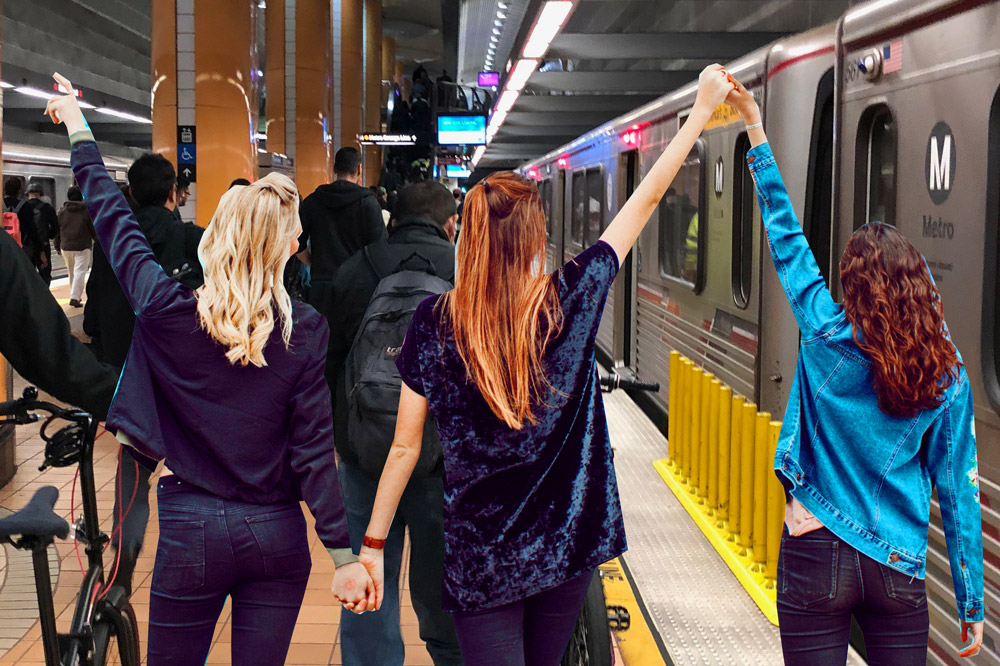 They can often be found gossiping about their latest date while applying finishing touches to their makeup.  If they end up in separate rows, they will look a little lost, as if they’re not sure what to do on their commute without each other. 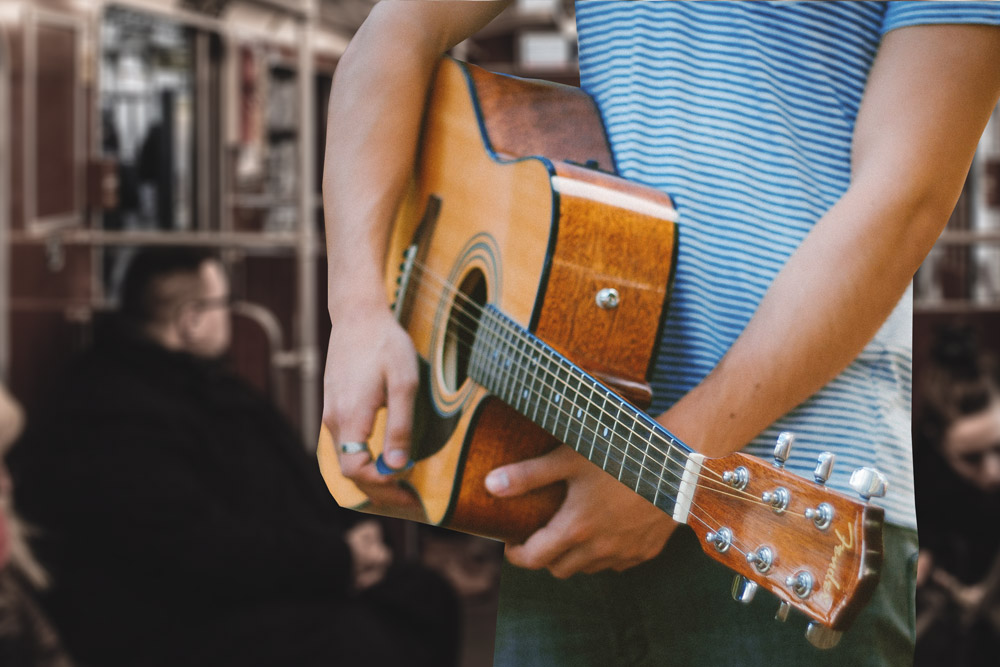 No, no. I’m not talking about George Martin or Brian Epstein.

He comes into the metro with a well-groomed appearance and his trusty acoustic guitar. Always singing oldies, he takes delight in crooning to the morning and evening commuters with well-rehearsed versions of Beatles and Tom Petty songs. The song seems to change once every week or so, so it never gets particularly stale.

He’s always alone, though. I wonder if he’ll ever get by with a little help from his friends. 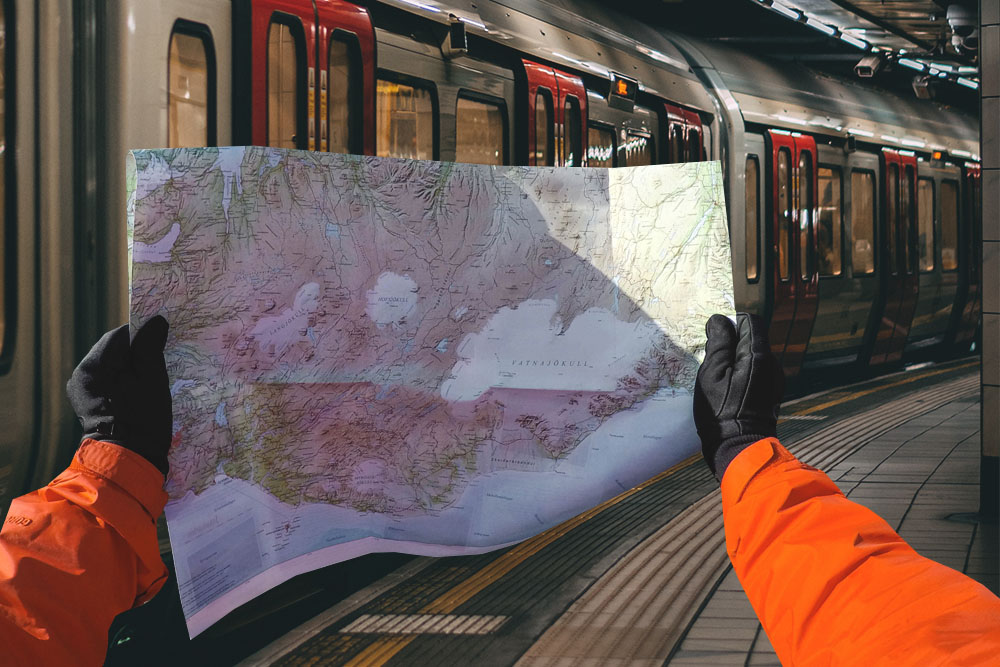 Here we have the Confused Tourist. He or she is full of questions, often with a family in tow.

“Someone told me I could use to metro to go all the way to the beach!”

“Why has this train been stopped for the past ten minutes? I thought this thing went all the way to Universal Studios.” (Sir, this is the Purple Line. It ends at this stop. You need to get off and connect with the Red Line.)

“If I’m in Hollywood now… how close am I to Disneyland?”

7. The Guy Who Thought He Paid for Two Seats

“I tapped my card twice. That’s how it works, right? I get two seats now?”

You could call this the cousin of the “Sure, Make Yourself at Home Guy.” The key difference is that this man’s mission is to take up as much space as humanly possible. 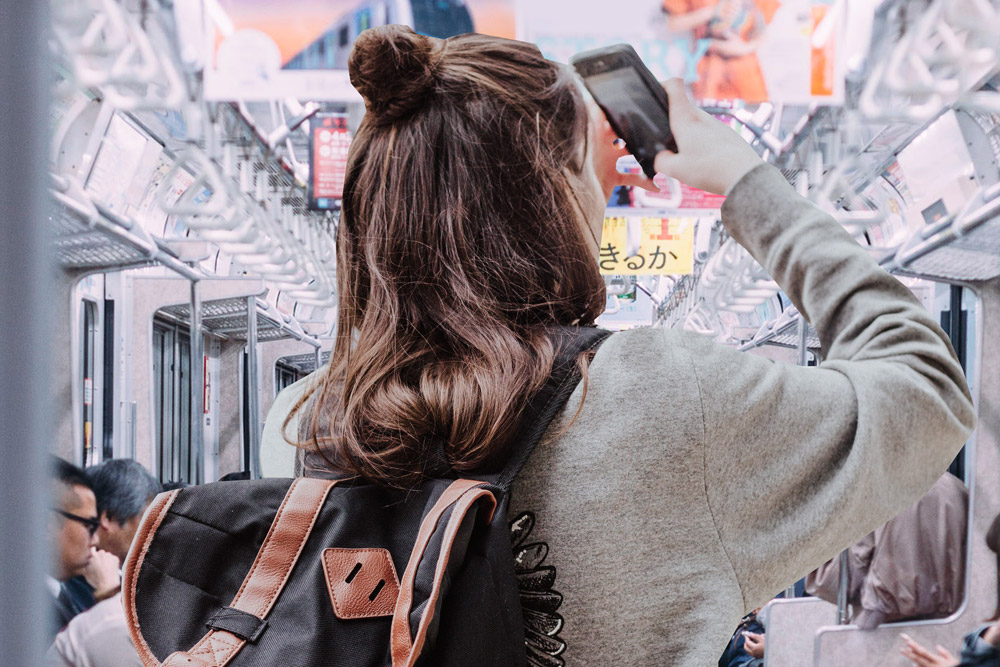 8. The Girl Who Walks into Walls

She’ll go through an entire commute without putting her phone away once. As she exits at her stop, her eyes are still glued to the screen, only glancing up for a cursory second to make sure she’s not about to fall off the platform.

Meanwhile, her fellow commuters all dodge her like she’s a safety hazard. Bobbing and weaving carefully around her, we carve our path to safety.

If she walks into something – and she will – it better be an inanimate object and not us. 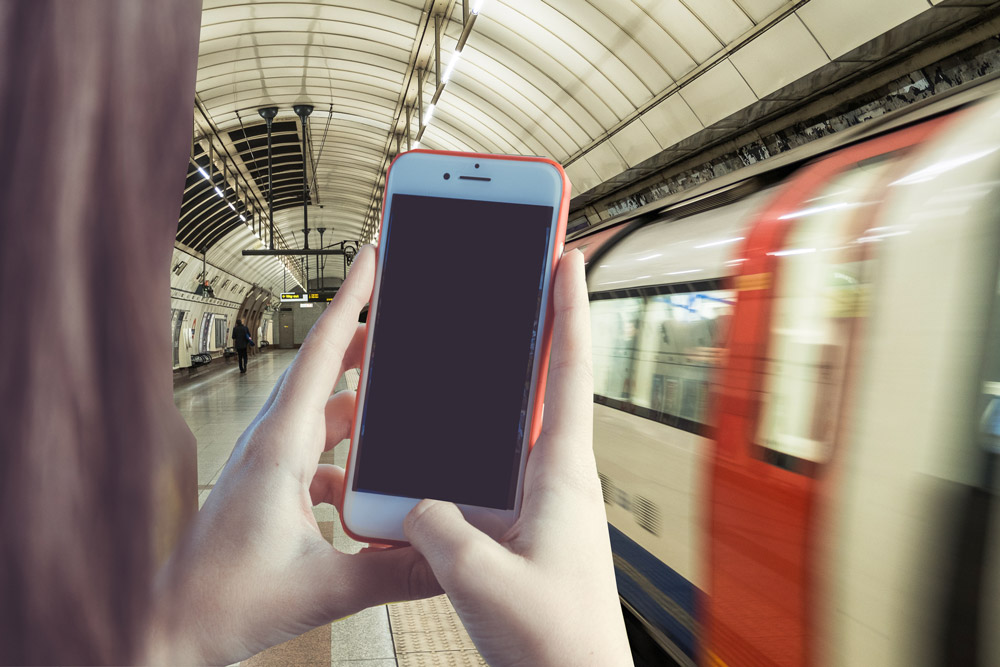 I can’t believe they’re spending their entire commute playing this stupid game. Why not use your commuting hours to do something productive, like catch up on email? Why not do your daily journaling? Hell, at least scroll through your Facebook feed! What an unbelievable waste of time.

One week and $100 in-app purchases later… 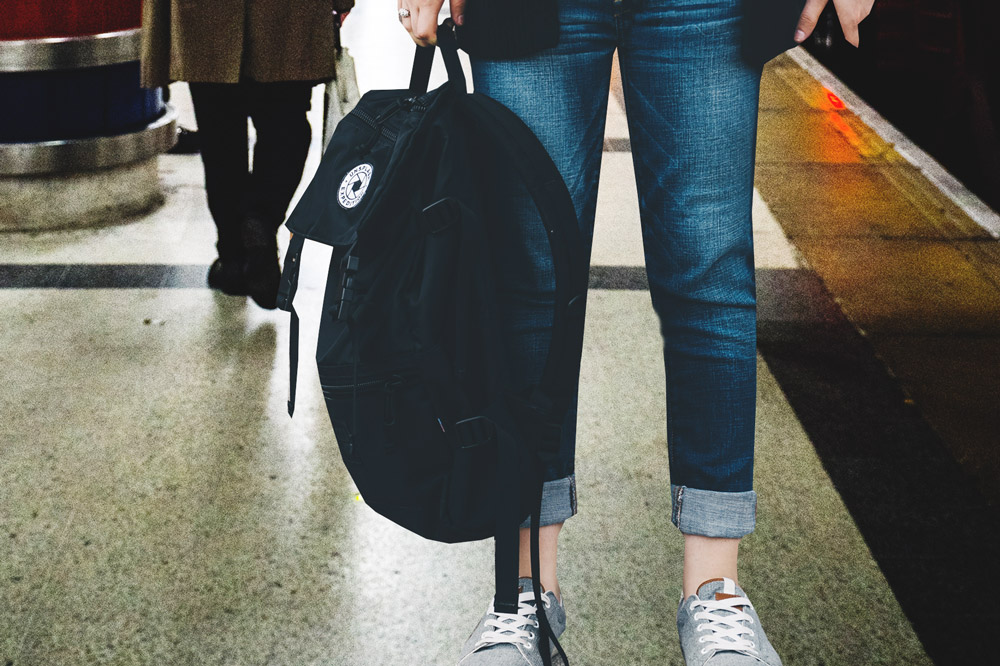 They spin around to look behind them… Smack.

They squeeze past their seatmate to get off the train… Smack.

They suddenly change directions for no explainable reason. Was there an invisible ghost in the way or something? … Smack.

Here you have a very common specimen: the aggressive bag handler. Whether it’s someone who’s seemingly fit their entire life into one backpack, someone who’s lugging their groceries, or a woman with an over-filled work tote, beware of this common LA metro character. They will strike at any time, without warning, and without notice.

Every city has its own unique characters…

So, what I’d like to hear from you is: What kinds of odd types do you see on public transportation in your own city? Let me know in the comments below!

Special note: big thanks to Unsplash stock images for this post. Without you, I could not have made crudely Photoshopped composites 😉

The Do’s and Don’ts of Saving Money to Travel

9 Tips for Cutting Back on Impulse Purchases

Where to Find the Best Lunch in Downtown...

Don’t Leave Oahu Before You Eat These 9...

An Ode to a Single Penny Abandoned in...

An Easy Hike in LA (With the Biggest...